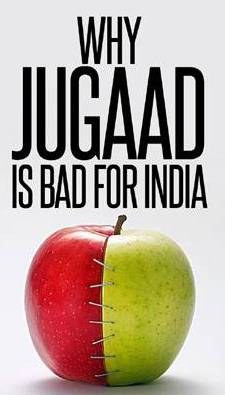 the Hacking Spirit will not take the Start Ups too far.

Jugaad is constituted as cutting corners. Most of all, finding ways to put in less effort yet taking the full bounty. Especially what it does is, get it going without the grind. A short cut which is short term. While outside of the world of cyber-crime ‘hacking’ is a word used positively in the west, associated with smart young coders accelerating and improving software and systems.

Why is it so? Because, most of the Western companies have elaborate processes, structure and systems. Almost like being bureaucratic. That leads to not being fast in responding to the market conditions. While on the other side, hacking mostly circumvents the system. It was the solution to beat the biggies. It assist flexibility rather propels growth, fixes the problem with lesser resource and time. Why wouldn’t any businessman try it?

While when it comes to India, we’re starting from the other end. Here we have largely depended on ad hoc ways. Probably improvising till date because of limited or no resource.

More structure, processes and transparency has to be brought in to the Indian companies. Essentially downplaying the Jugaad attitude and denouncing the ‘chalta hai’ syndrome.

Indian startups can’t excel with the Hacking spirit. Even if they do, that would be very short lived. 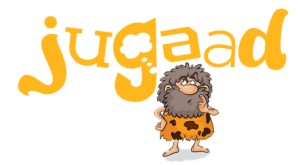 Going From Jugaad to Excellence

– excerpt from the new book by Rishikesha T Krishnan, an IIM-Bangalore professor, and Vinay Dabholkar, president of Catalign Innovation Consulting. In a nut shell what they recommend to the corporates — Make a list of problems that need to be solved | Encourage participation | Experiment | Incubate | Iterate on the business model.

Krishnan recognizes the fact that there’s no dearth of ideas in the country. “Historically, we are good at generating ideas. It is all about their relevance.” Companies can deal with this by starting with a clear list of problems. Titan is one of the prominent examples in the book, did the same and has been able to still stay high on brand relevance.

Another step that Indian companies tend to ignore is testing and experimenting. It may be because innovation in Indian firms has often been top-down. Rather than participatory or bottom-up. A key benefit of testing is that it facilitates acceptance.

An interesting example is sited from the early days of Indian cinema. To raise money for his film, Dadasaheb Phalke had to first convince his set of financiers. He included his friends and relatives. He made a short film, Birth of a Pea Plant, featuring a pea plant. It was shot in quick time at a low cost, and demonstrated the possibilities of a new medium.

Make it [testing] a part of the process.

It’s easy in a digital world. (For its new feature Google Instant, the company famously tested 41 shades of blue to see which attracted more clicks before deciding on the colour.) Every company can test by breaking the process into smaller cases.

One of the surprising findings of Krishnan’s research is the key role played by ‘champions’ who sped up a process. For instance, E Sreedharan’s role in the execution of the Konkan Railway project (even before he made a name for himself by implementing the Delhi Metro project) is well known. But most of all it was George Fernandes. The then railway minister, who took care of the dealings with government agencies and politicians. Ensuring that the project went on smoothly. Despite the fact, the idea was not his. Neither was he executing it. “What Fernandes was doing was ‘idea championing’,” they write.

Longevity of business and brands can’t happen with Jugaad.

One thought on “the Hacking Spirit will not take the Start Ups too far.”