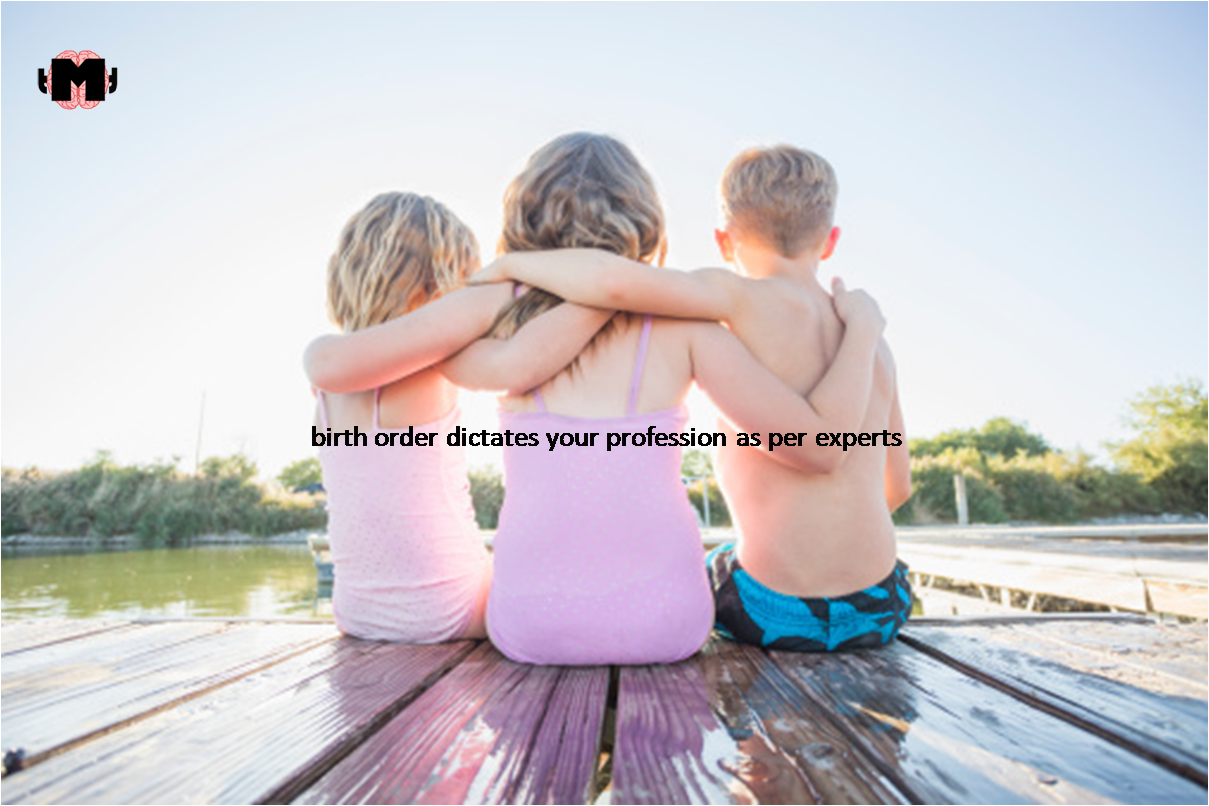 If you want to be a CEO, you should be the middle child.

Your career path is pre-decided. Why run helter-skelter for it. Researchers have found that the birth order decides your profession.

Well no profession is any lesser than other. What matters is what you like and what you make of it. One can in some way control the later, i.e. how good you are at your job. However, your liking of a profession is substantially influenced by your birth order.  Isn’t it surprising? what you will be, is already pre-decided. So, why the struggle? Relax.

Experts say, being the eldest or the youngest has a bearing on your career’s path. “There is strong evidence to believe the fact that birth order has a significant effect on professions”, tells psychologist Emma Kenny.

A team of statisticians analysed a random sample of over 500 of the most successful individuals from 11 different career groups to identify statistically significant patterns to reach the conclusion. Some insights,

The likely hood of becoming a CEO is highest with the middle children. 30% more likely as per the study.

Middle children have to fight for attention, therefore, developing personality traits such as competitiveness, flexibility and diplomacy.

Which then makes them suited to high-flying roles which require tactful thinking and high levels of management. Some of the famous successful middle children are -Mark Zuckerberg, Lord Alan Sugar and Bill Gates. The study revealed that 41% of the middle children are more likely to be Olympic athletes.

For first born children, would you believe, the researchers found that the majority are astronauts. Like – Buzz Aldrin and Neil Armstrong.

Eldest children are also most likely to become scientists or engineers like Stephen Hawking and Tim Berners Lee.

50% of youngest kids have careers in classical music, possibly for their “sensitive and idealistic personality traits,” the researchers suggest. Johann Sebastian Bach and Mozart.

As for only children, the study suggests they’re more likely to become artists due to their “perfectionist and mature personality traits.” 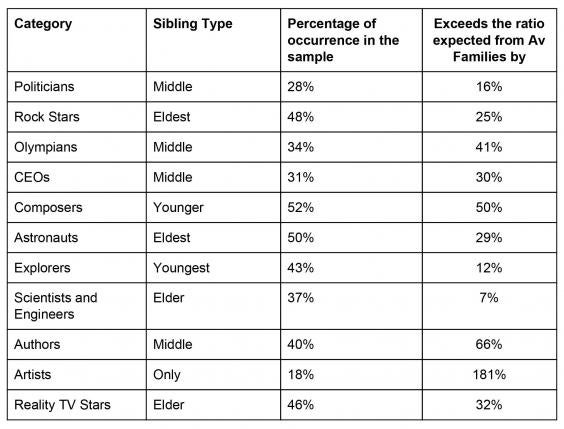